A word from our C.E.O 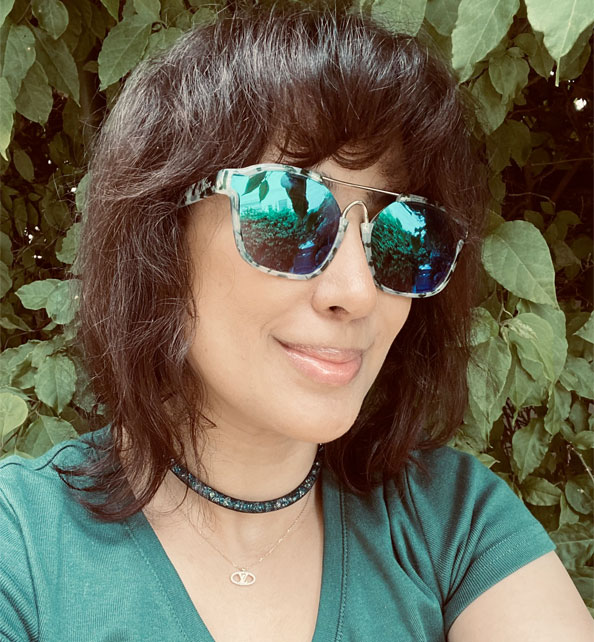 Truly great stories are driven by unique characters of all stripes. Characters with remarkable depth, courage, humor, curiosity and tenacity.

These are our people. Our business is built on the same foundation: an eclectic mix of individuals with a unique depth of character, drive and spark. Our strength as a company is our ability to bring all of these self-determined people together. And to empower each of them to do the best work of their lives. We encourage individuality, we stick our necks out and we stand behind each other win or lose.

Through these years of experience in all kind of productions I learned not to pronounce one word. Impossible. Let us assist you in your adventure and make us help you make it a wonderful journey.

Why shoot in Morocco?

FPP FILMS provides professional production services supporting both international and local producers with a complete set of services for film as well as television projects, advertising commercials or social events. With our wide range of service provider partners, we have managed productions from high to low budget and we will find the perfect solution for your shooting plans, providing exceptional services at all stages of production. Our partners are the best suppliers in the region, no matter the phase in which your project is, we will come up with the best solution customized to meet your speciﬁc needs. Please check service

2- Adequate team for every type of project

our Production Services Department delivers the best cheaper solutions for your projects , For everything related to entertainment, from feature films and television productions to commercials, music videos or events.

Not only will we give you the best cost-effective solutions, but we will handle all shooting ‘s requirements and every aspect of your project. 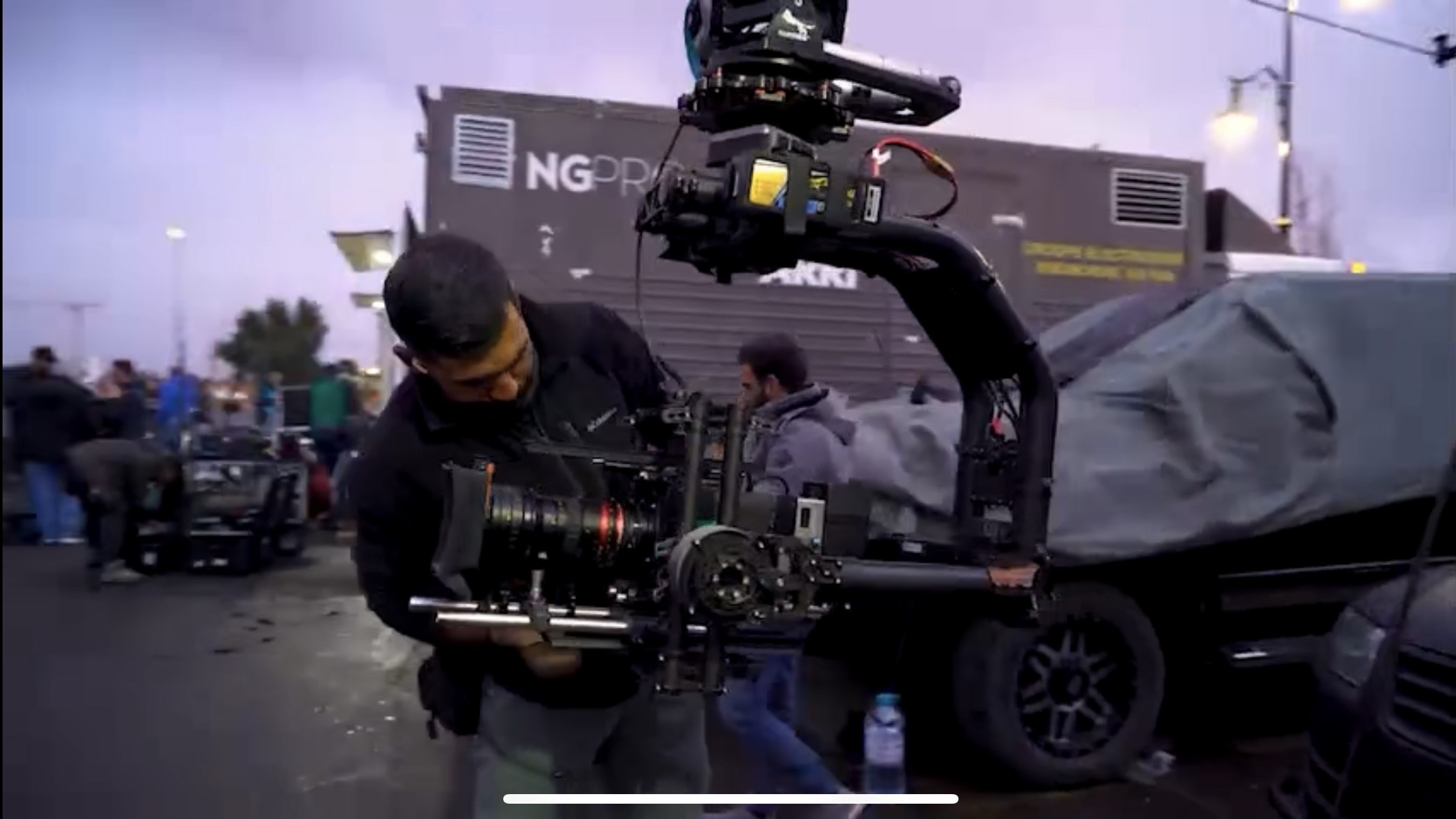 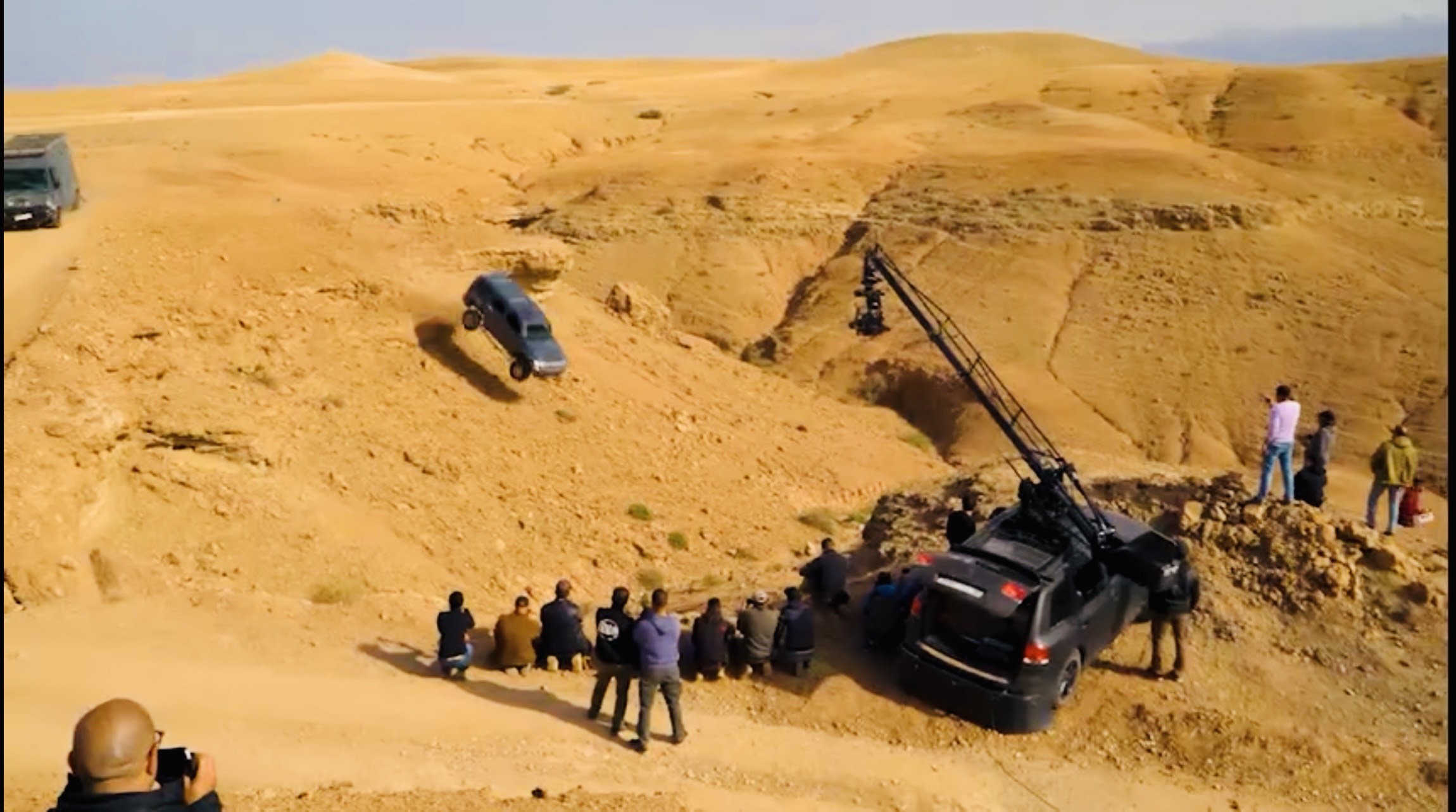 · One of the Largest Film Related Company in Morocco, in every sens
· Comprehensive and transparent access to all film-related vendors
· Accommodate for Television Series shooting
· Full Post Production Services also available
· For Service works, FPP Services are only used if they are the best value compared to
other vendors.
· For everything related to entertainment, from feature films and television productions to commercials, music videos or events, our Production Services Department delivers the best solutions for your projects.
· Not only will we give you the best cost-effective solutions, but we will handle all shooting permits, taxes, insurance dealing with the contractual and technical aspects of
the project, location scout and cast services. We take care of each and every aspect of your project.
· We are present in many film and television productions offering a wide range of services
· Our company provides full film services ranging from filming permissions, military assistance, drone and helicopter permits, casting, equipment rental, catering, accommodation to transportation and other on-demand services to satisfy our clients’respective needs. 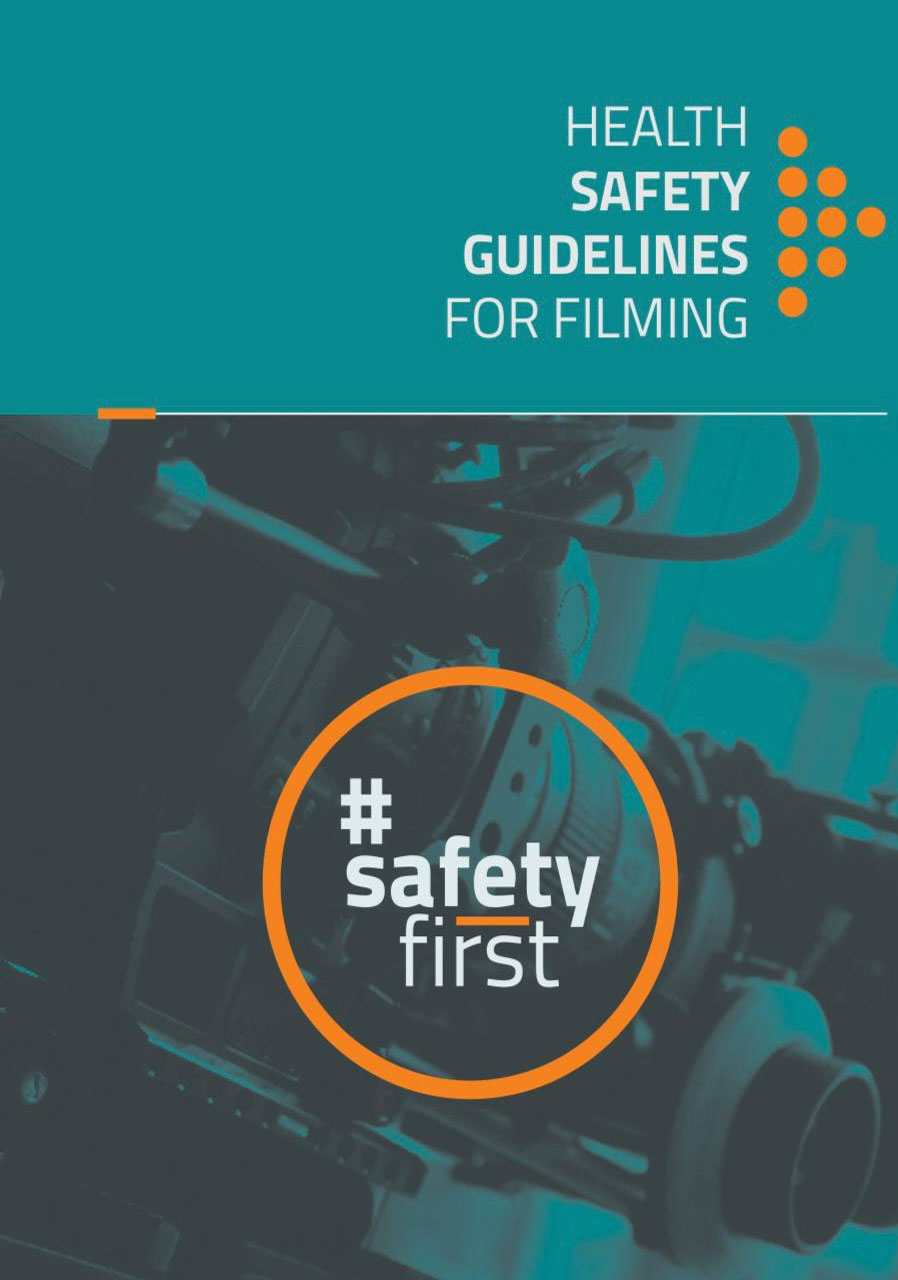 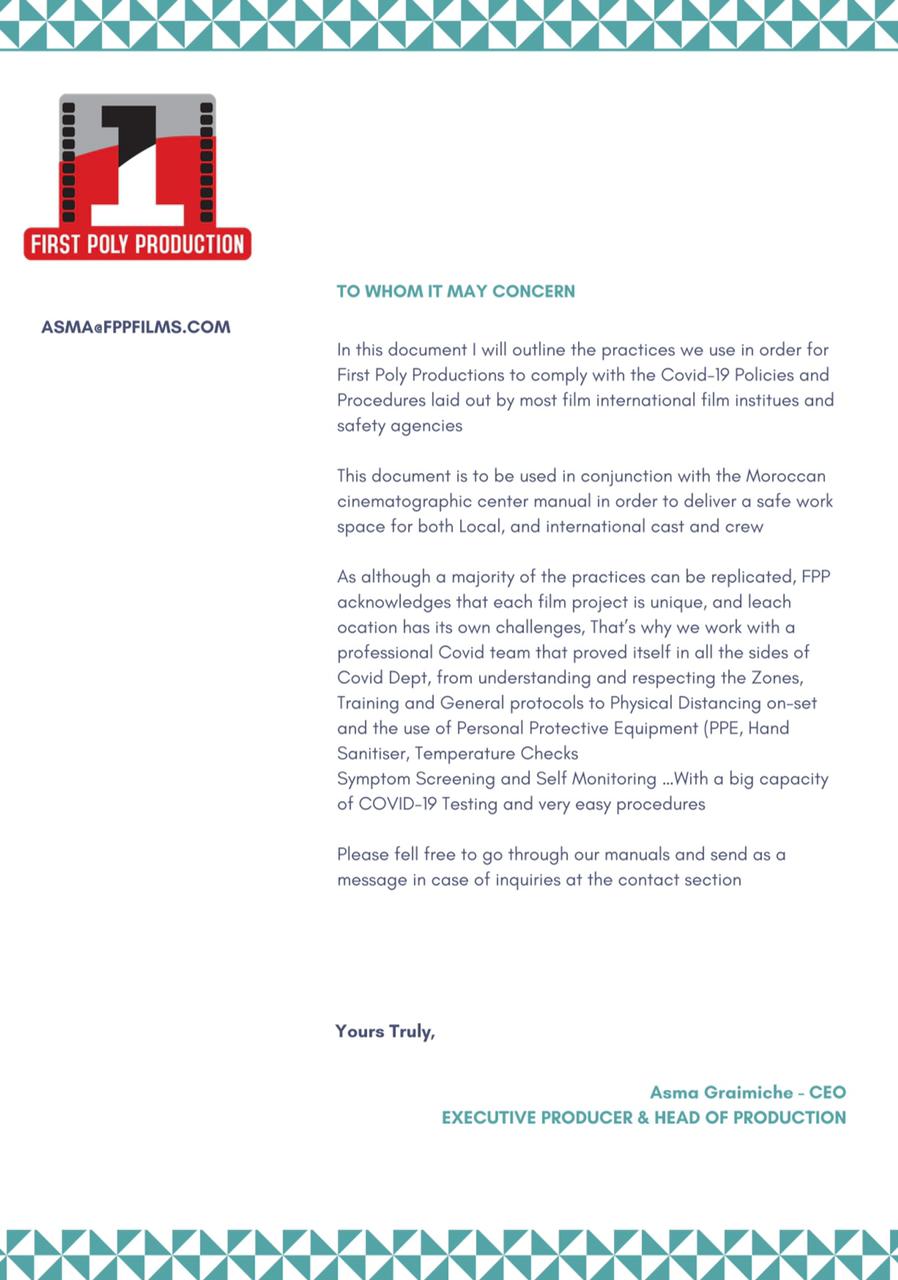 For bigger projects, it can be beneficial to rely on the expertise of local accounting and legal experts.

For the tax rebate our accountants know the process very well, buy we would like you to check the ccm website, the authority in charge of filming in morocco . and here's the link:

We will help to arrange the right coverage, to ensure your project conforms with all insurance requirements.

CUSTOM CLEARANCE FPP has the experience and the skills to simplify the complex ATA Carnet regulations in morocco, as well as Customs regulations.  We have the experience of managing freight needs for all kinds of projects ,in short , we handlle all customs clearances of equipment through a Moroccan transit agent for any temporary or definitely import/ export to Morocco.

FPP FILMS own and has access to a wide variety of vehicles; we can cover your project from top to bottom. Whether its cast crew or gear that needs to be on the move, we can get them from A to B without a problem.

We have huge inventory of cinema , tv and advertising equipments to help to fulfill all your shooting needs at advantageous conditions.

Why is advantageous to film in Morocco ?

In Morocco , A foreign film will be eligible to receive the 20 percent cashback if its expenditures are at least MAD 10 million (US $1 million) and provides at least 18 days of work.

Our services are designed to help you navigate the maze of rules and regulations, take advantage of the opportunities and ensure that you get the most for your production dollars.

Morocco is a popular international filming location and is a favourite of high-profile filmmakers , many popular movies , series , Tv shows and commercials have been shot in this beautiful country. Here are some of the most prominent reasons why for exemple some directors like MARTIN SCORSESE and RIDLEY SCOTT look no further than Morocco in their quest to find the most suitable shooting location.

Mythical diversity of landscapes, history and culture
Morocco, authenticity, high variety of landscape and very rich heritage. Both hot and tempered climatically, Morocco is becoming these last years one of the privileged sites where international directors and producers like to shoot films , series and tv realities
It makes money to shoot in Morocco
Where you can save between 30 to 45% of production costs.
The Goverment facilities
The government has taken a proactive initiative in favour of foreign producers, among them :

Political and social stability
Morocco has always enjoyed greater political stability and economic prosperity, they have made the country an attractive destination for producers from the wide world.
Proximity to the western countries
Morocco is Located at the gate of Africa and Europe, bordered by the Mediterranean in the north, and by the Atlantic in the west, being largely open on the Sahara desert, the country has always been the hub of history making and place for ideal shooting.
High Skilled Human resources
Ethnic diversity offers a great choice of extras. Very qualified technicians and craftsmen multilingual speaking are available for all shooting departments. They have been trained with national film-makers as well as with international teams. 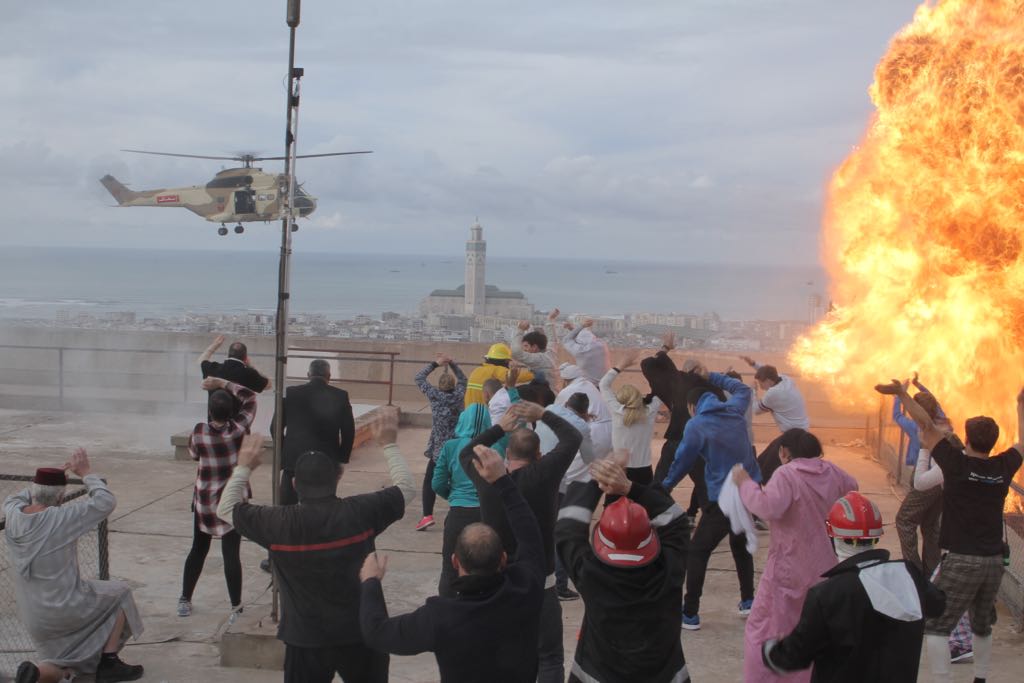 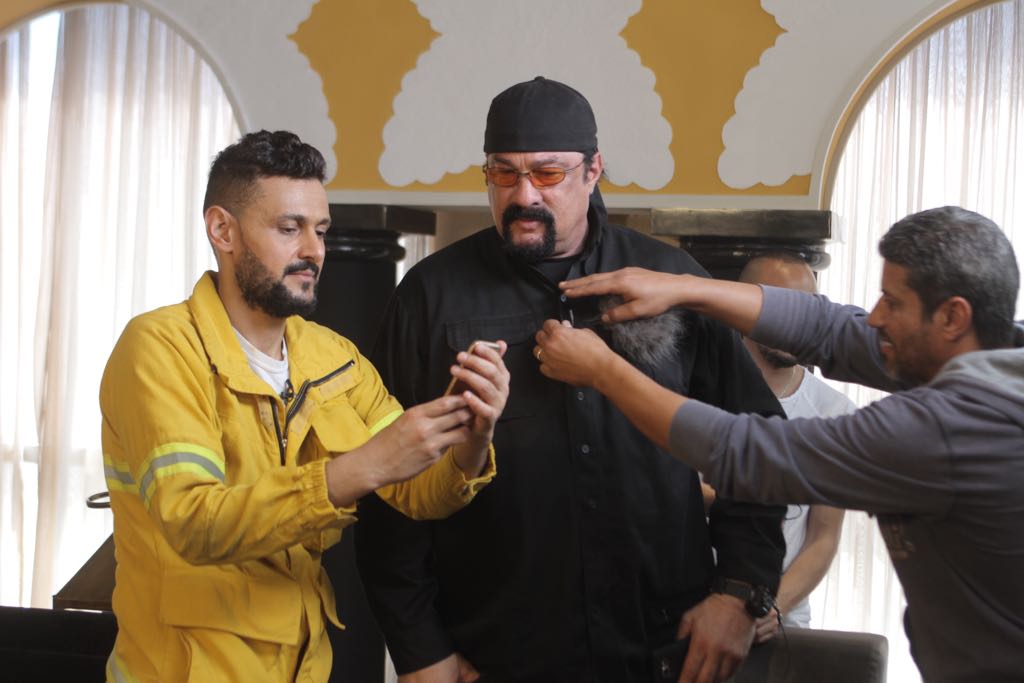 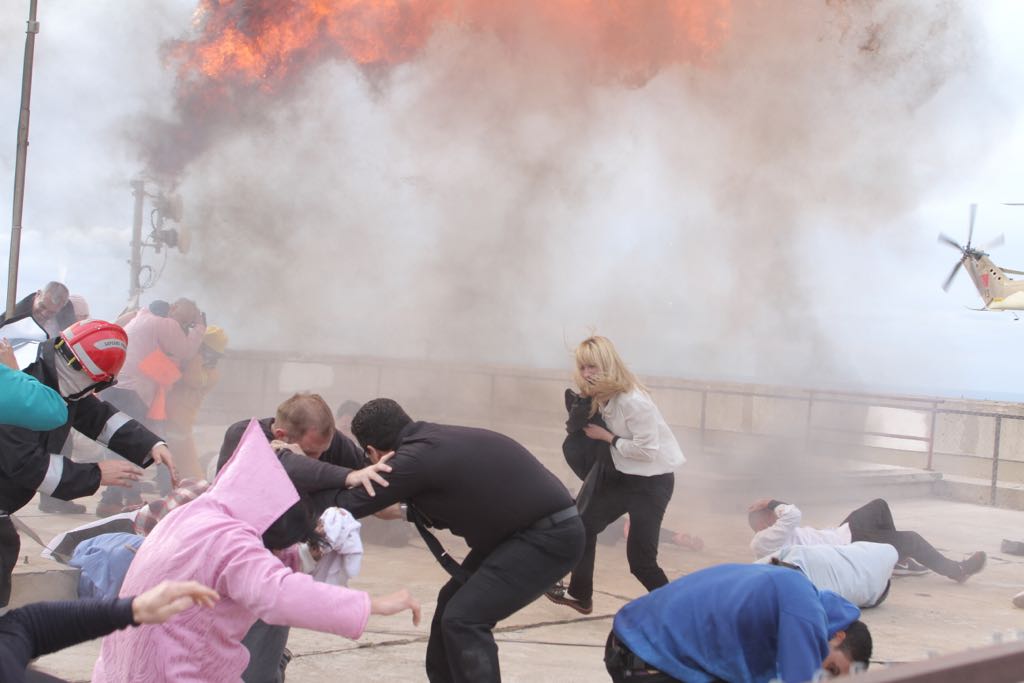 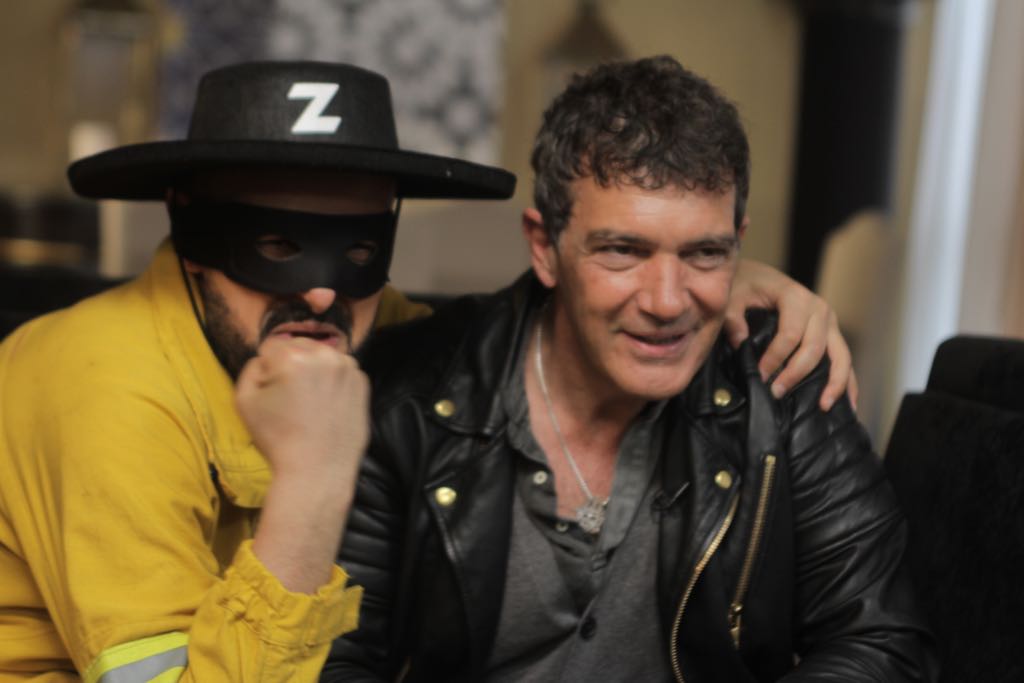 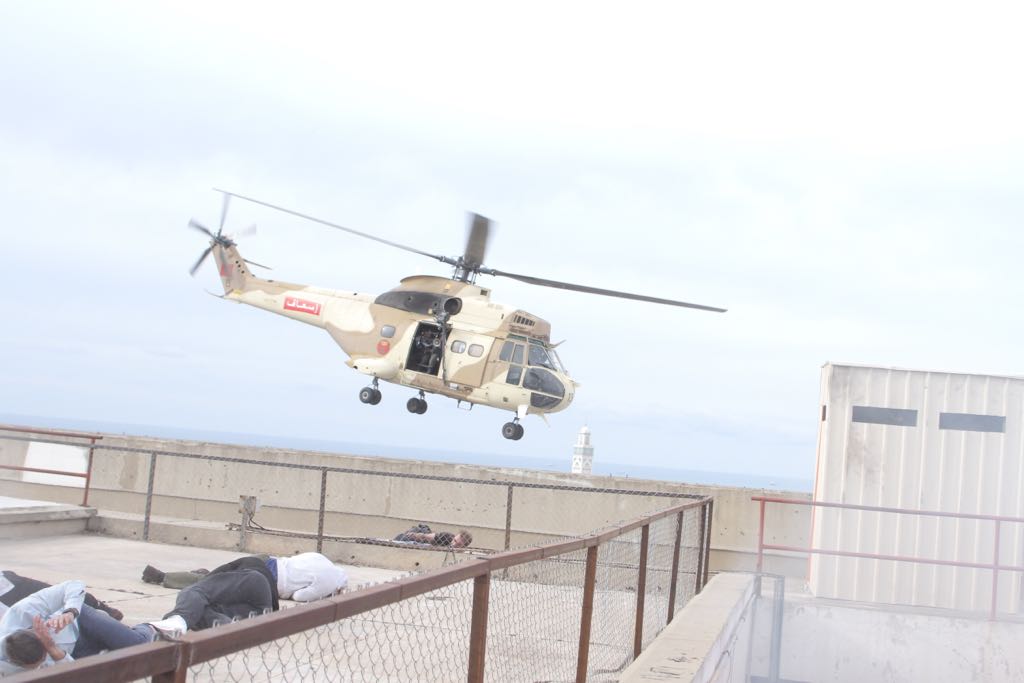 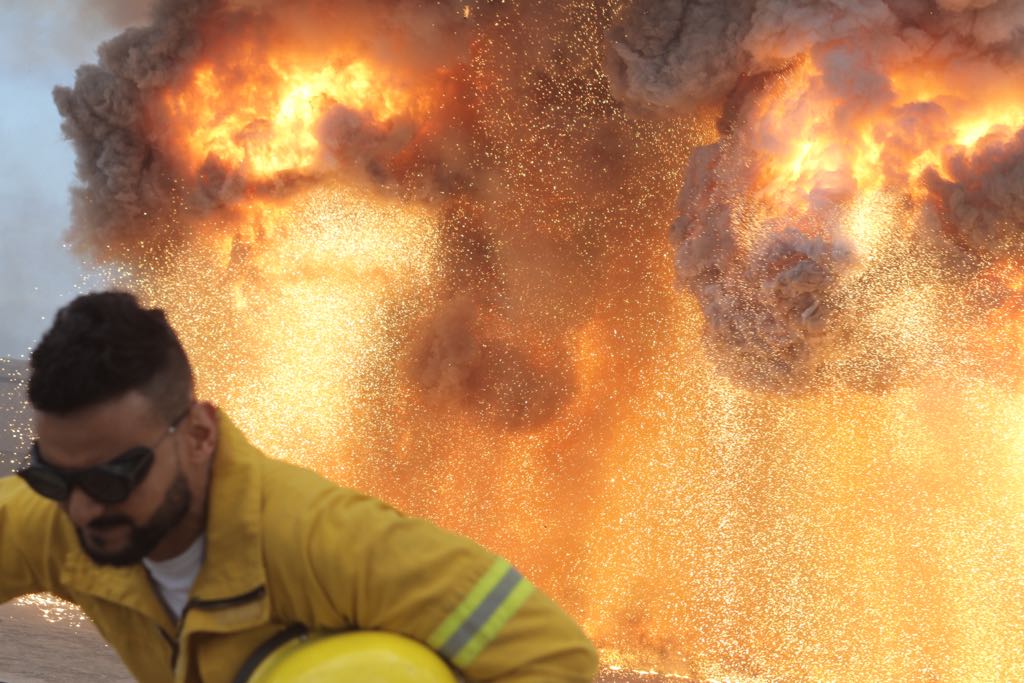 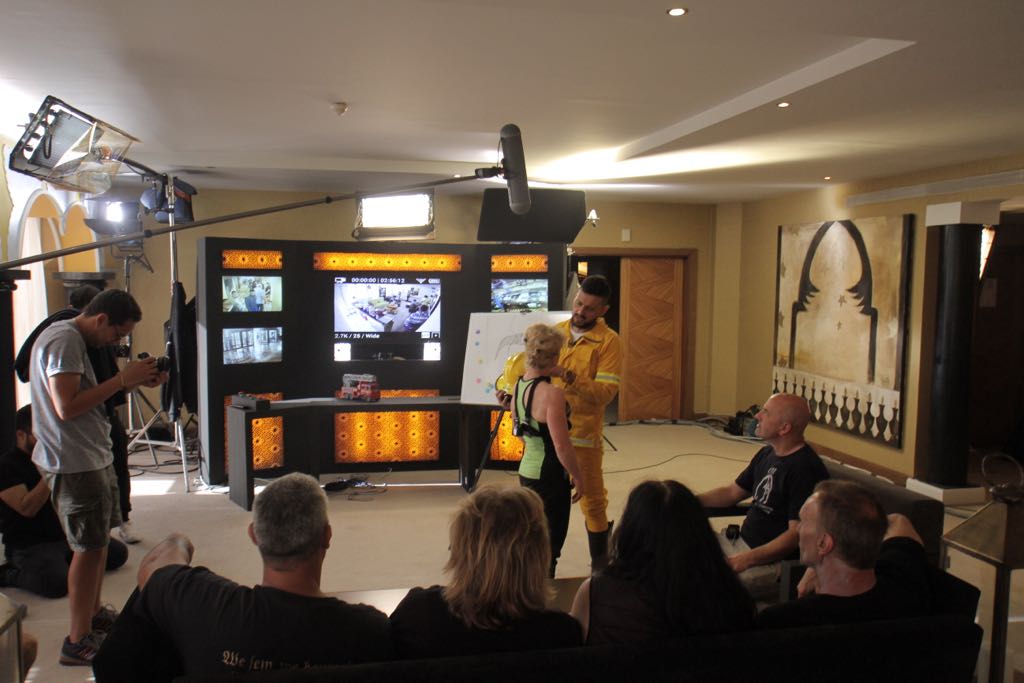 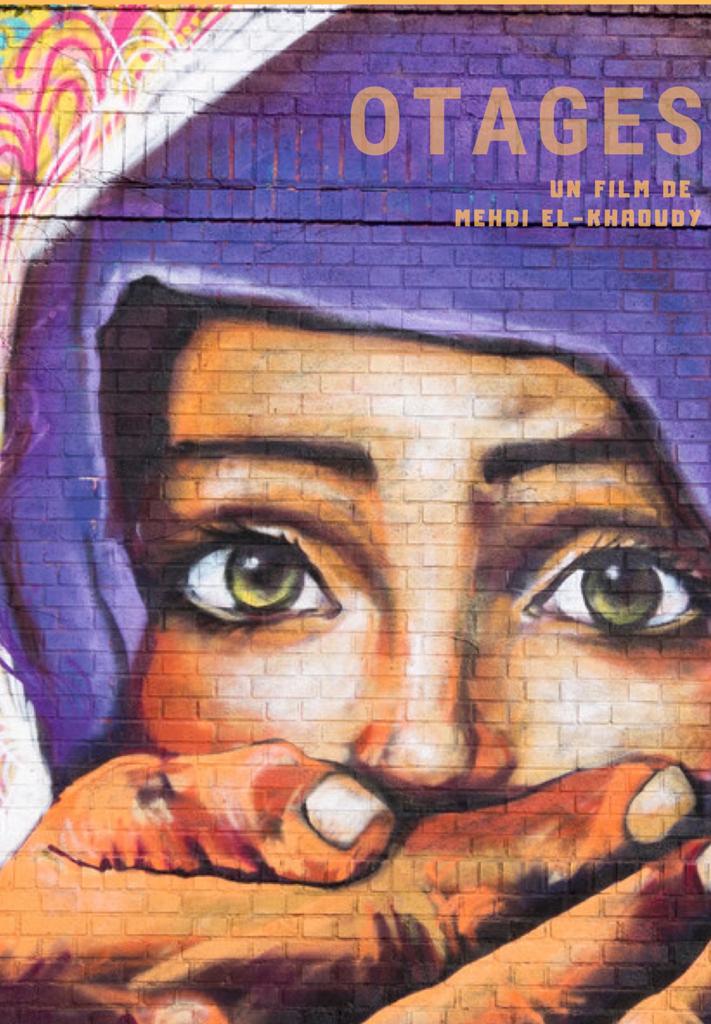 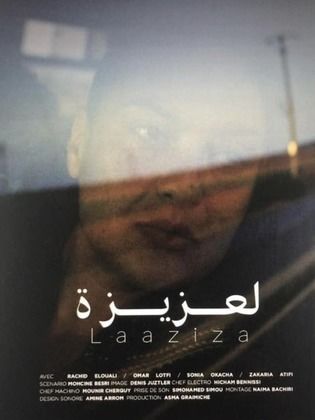 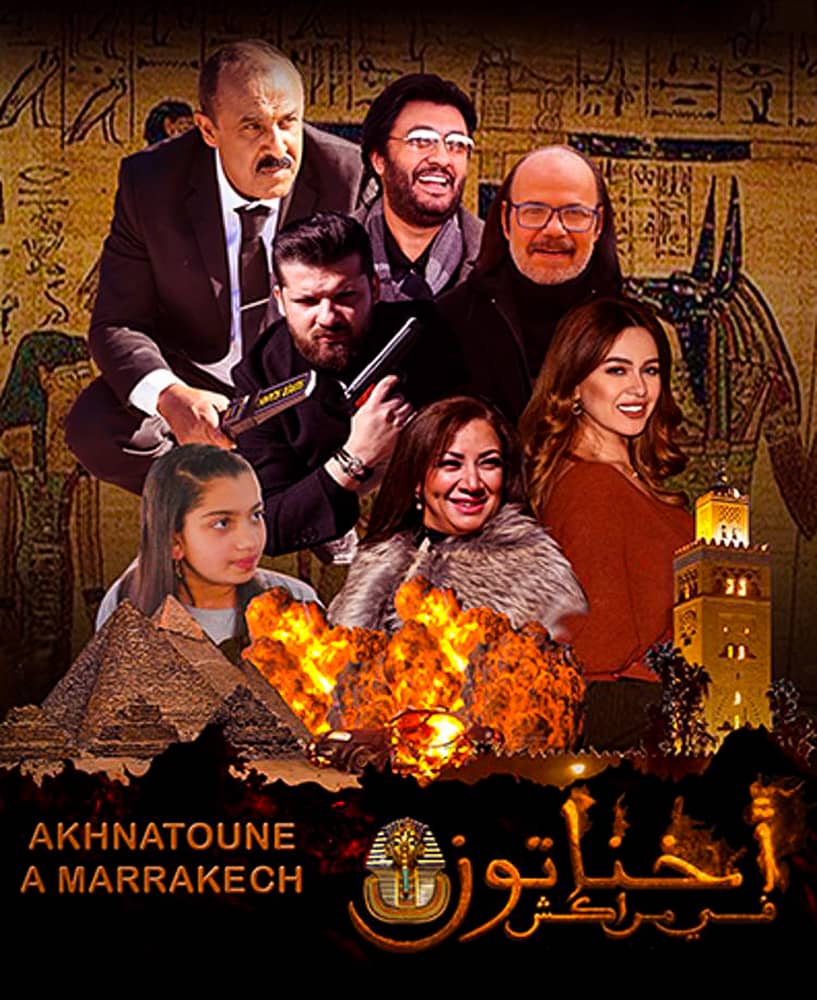 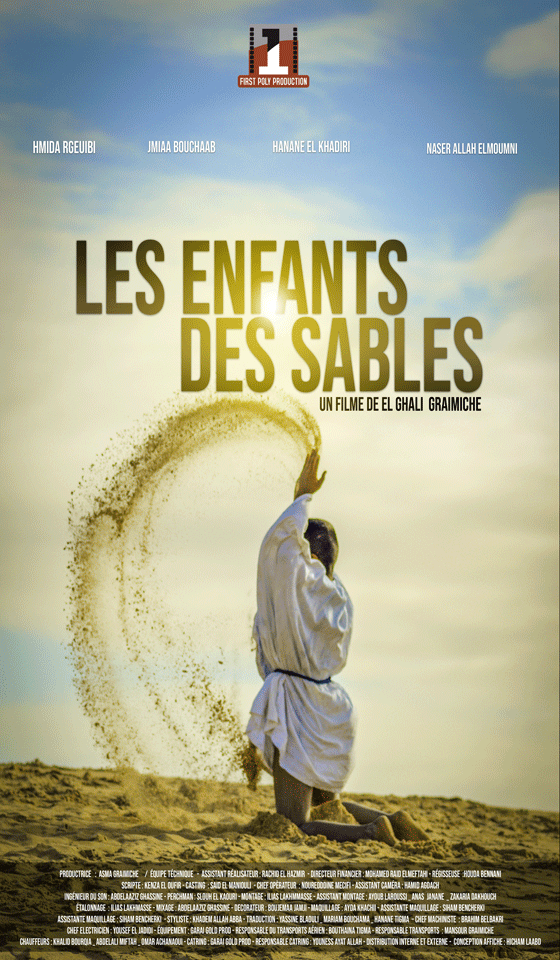 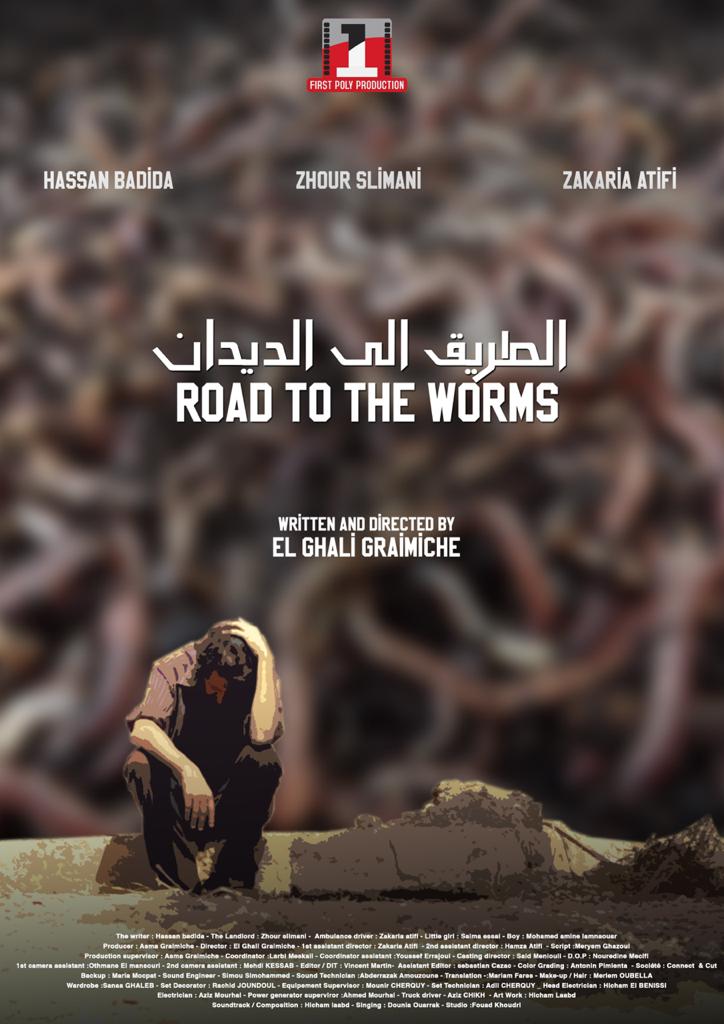 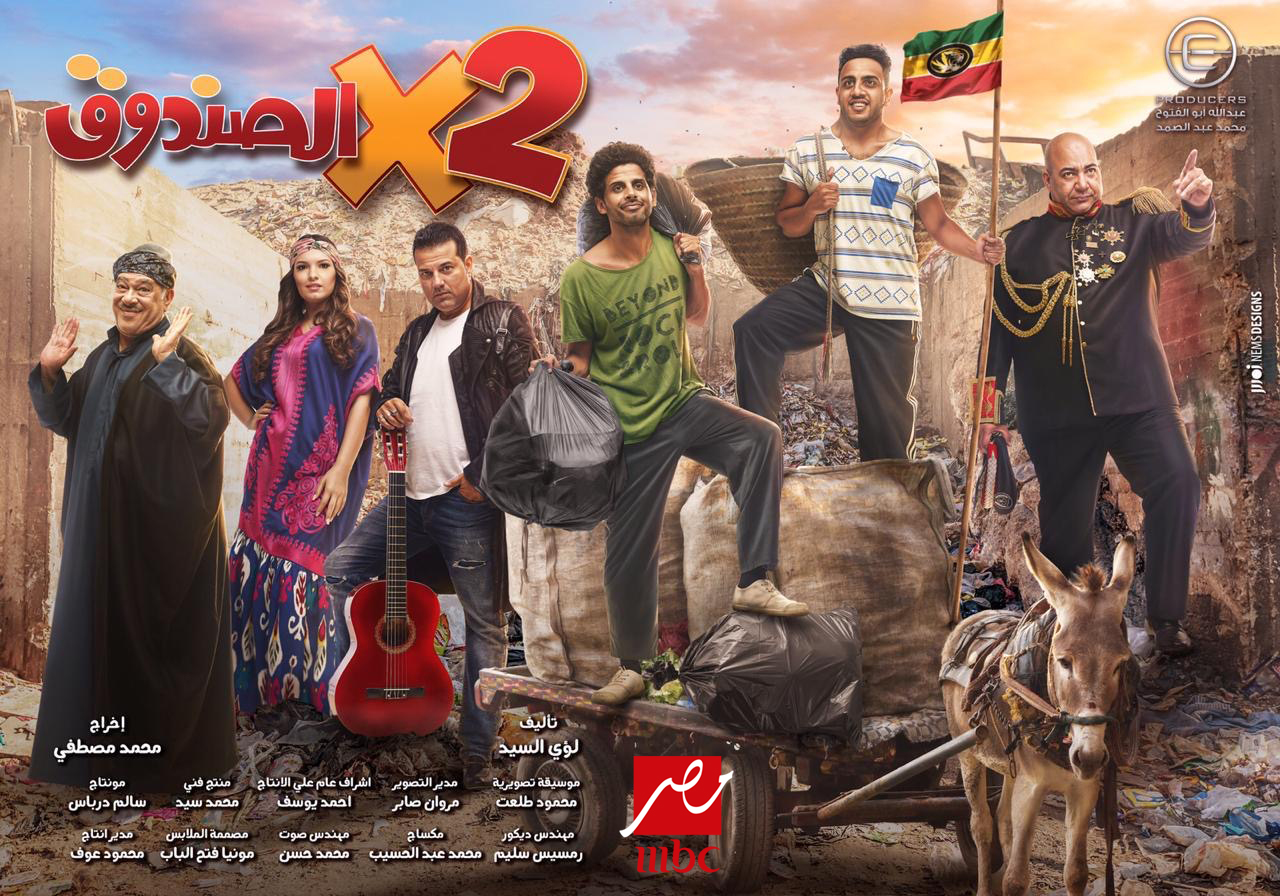 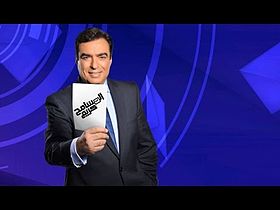 Our Company  Program will help distribute your film successfully and economically in the major markets.
Our Film Distribution Program was created with the understanding that the film business has changed dramatically. The development of excellent, low-cost cameras and post-production software has resulted in an exponential increase in quality films. These films all compete for screens and inclusion in the most popular digital and cable outlets. The competition is fierce. 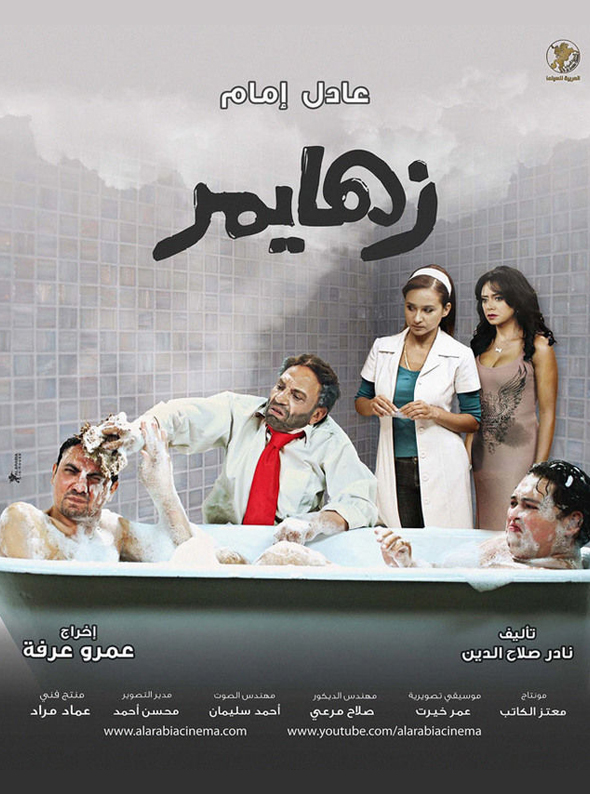 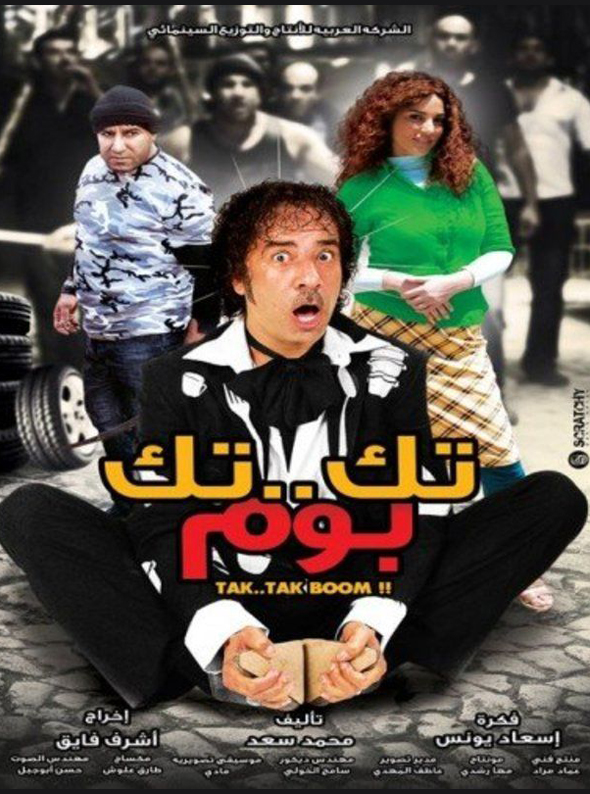 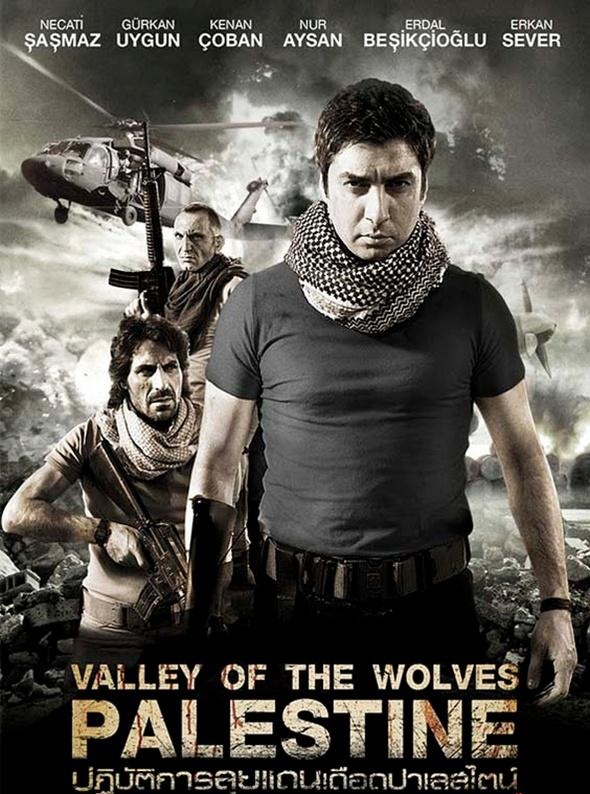 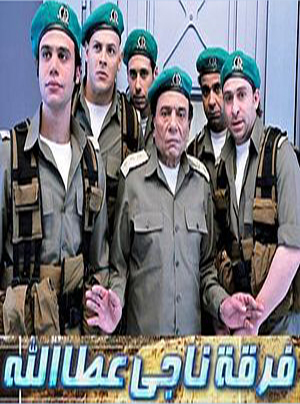 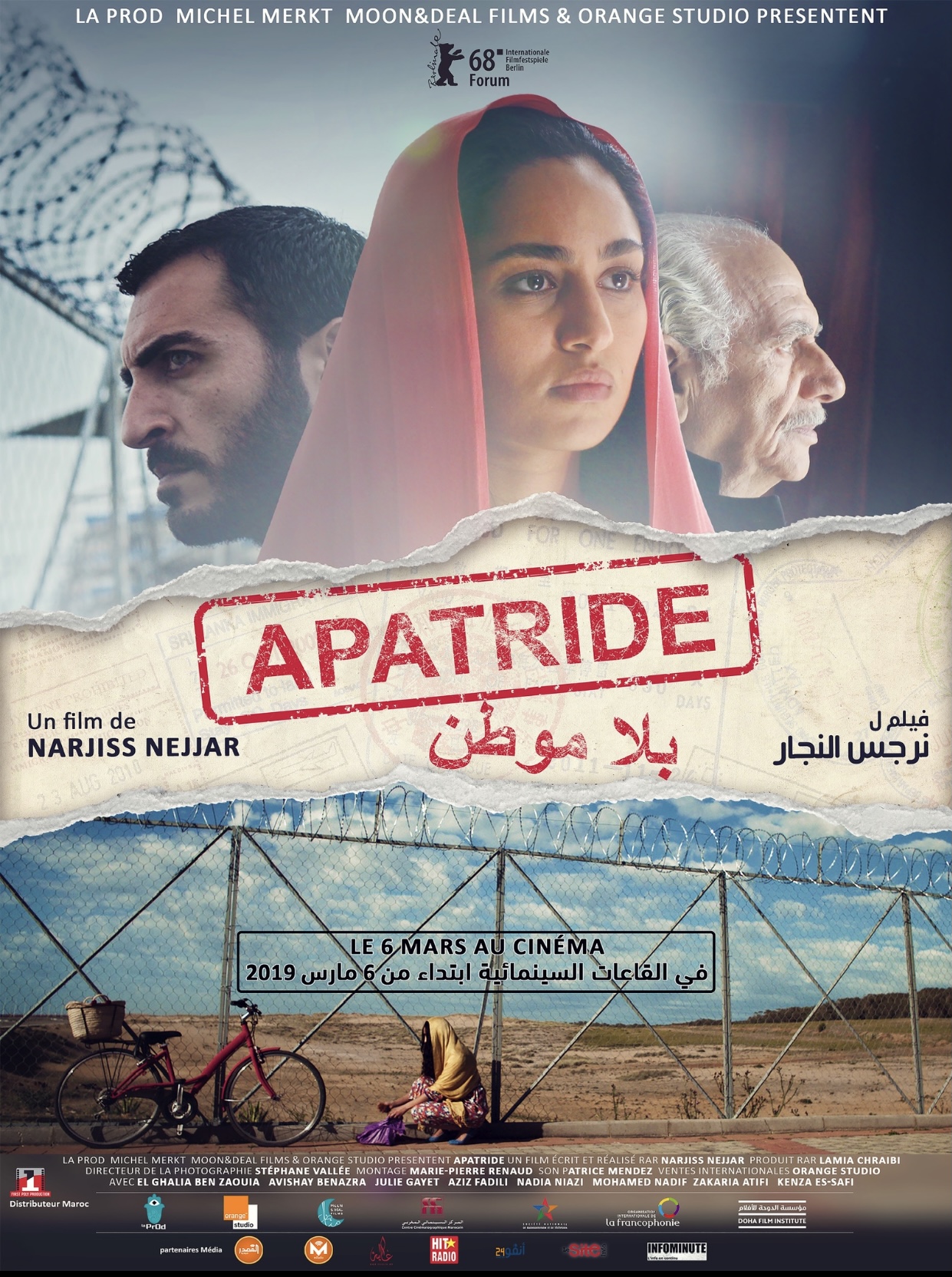 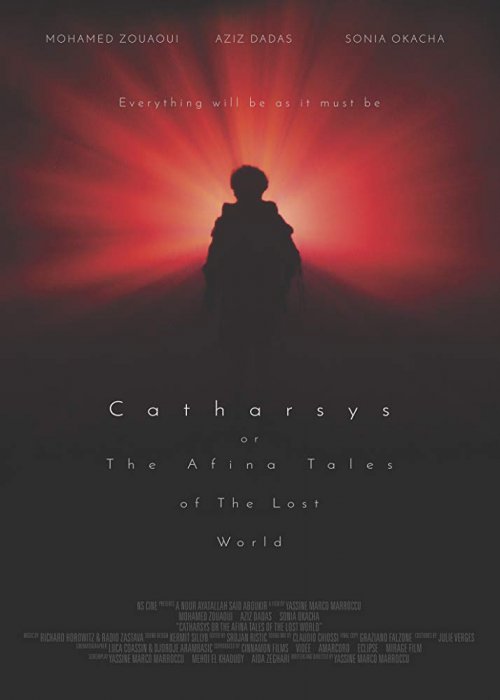